What is Kitten Season? 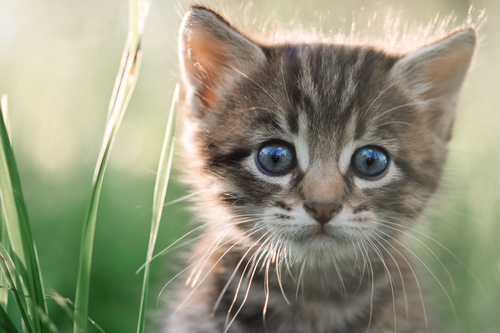 Almost everyone loves playing with cute and cuddly kittens. Between the months of April and October in the United States, however, kittens create a tremendous problem. Kitten season is generally divided into three different seasons, beginning in the spring, peaking during the summer months, and then winding down in the fall. Because of the high volume of litters born during these months, pet shelters are flooded with homeless cats and kittens.

At just 5 months, a female cat can become pregnant with her first litter and can produce several litters within a year. The average litter is between four to six kittens, meaning an un-spayed female cat may have up to 18 kittens each year. The fact that cats are such prolific breeders doesn't help the situation. And when their kittens don't get spayed or neutered either, the problem only multiplies.

The Big Problem With Kitten Season

During kitten seasons, shelters and rescues take on much of the burden associated with so many unwanted cats. Resources like food, money and supplies are stretched thin at shelters during the wave of litters arriving at their facilities. The risk of illness at shelters is increased because of the volume of new cats coming in. Many facilities struggle to accommodate all the new animals. Additionally, the abundance of adorable kittens often causes potential adopters to overlook at-risk older cats that still live at the shelter.

5 Ways You Can Help

There are a number of ways, besides adopting a new pet yourself, that you can help out during kitten season:

1. Spay and neuter your pets. Making sure your own cats aren't contributing to the problem of pet overpopulation is the most important step you can take. Even indoor felines are known to escape and risk becoming pregnant or impregnating another cat.

2. Donate to a local shelter or rescue. Whether you donate food, money or supplies, an overwhelmed shelter can use all kinds of support to deal with kitten season. We actually have a program that makes it easy to donate cat food.

3. Foster a mother cat and her kittens. Check with local Edmond shelters and animal rescue groups for opportunities to temporarily house a litter of kittens. Caring for a new litter can help to properly socialize the kittens to humans and saves them from the stress of living in a shelter.

4. Watch for feral cats in your neighborhood. Identifying feral cats that may not be spayed or neutered can help decrease the population of homeless pets.

The care needed for all the surplus of kittens that this time of year brings can be overwhelming for community shelters in and around Edmond. By helping even in small ways, you can make a positive impact during kitten season!

For more information on pet nutrition or to try one of our formulas, please contact Pet Wants Edmond at: 405-397-9690.
Posted by Unknown at 7:02 AM